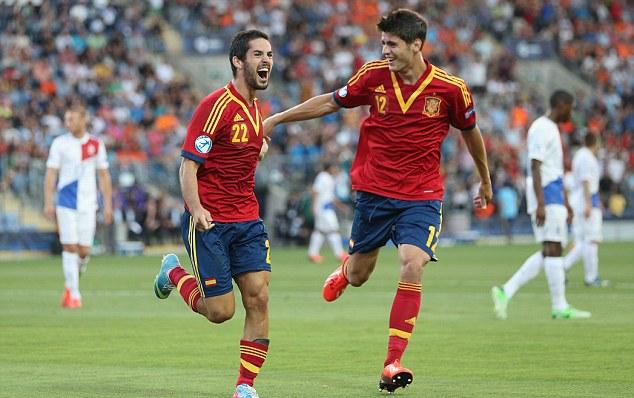 Malaga star Isco is happy to consider a summer move to the Premier League, with Manchester City.

Malaga star Isco is happy to consider a summer move to the Premier League, with Manchester City believed to be lining up a swoop for the highly-rated midfielder.

The 21-year-old is expected to leave the La Liga club, who are banned from Europe in the 2013-14 campaign, during the transfer window.

Although he has three years left on his current Malaga contract, Isco looks set to be lured to a big club this summer, but it remains to be seen whether he will move to England or stay in Spain.

With City set to appoint his current manager, Manuel Pellegrini, as their new boss, talk is growing that the Etihad Stadium is the most likely destination.

But Spanish giants Real Madrid are also believed to have him on their list of transfer targets and a switch to the Bernabeu is also a tempting option.

Speaking to Spanish newspaper AS, Isco revealed: “My future nobody knows. Pellegrini is my footballing father, who gives me confidence – so you have to think about (Manchester) City and look at it.

“And Madrid? There is that, so we see what happens.”

Isco is currently in the Spain Under-21 squad at the European Championships, so it is likely to be another two weeks before there is any firm news on his future.