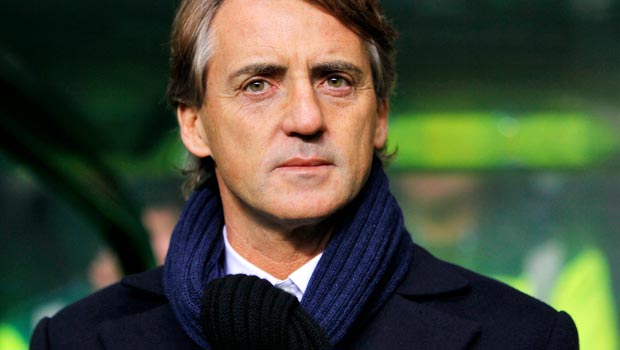 Inter Milan head coach Roberto Mancini says he is determined to make a success of his second spell in charge of the Nerazzurri, but admits that things are not going well at present.

Inter failed to win a game in March, drawing two and losing two in Serie A, while also being knocked out of the Europa League at the hands of German side Wolfsburg.

And the San Siro giants are in danger of missing out of European football altogether next season, as they are currently down in tenth place in the Italian top-flight, some ten points adrift of fifth-placed Napoli.

However, while admitting that things have not gone the way he would have wanted, Mancini says he will get things right if he is given time by the Milan hierarchy.

He told his club’s official website: “It has been a difficult month and I’m not happy with the results.

“I am a coach and I accept criticism, but I believe projects go beyond three or four months and I’m in charge of a team that finished sixth, ninth and fifth in the last three seasons.”

Next up for Inter is a visit from crisis-torn basement side Parma a week on Saturday, before the run-in includes clashes with all of the present top three in Serie A – Lazio, Roma and leaders Juventus.

A city derby against AC Milan in just under a month is the other major date for Mancini to look forward to, with the two sides having shared the points from a 1-1 draw in late November.

Inter are 1.20 to get back to winning ways against stricken Parma, with the draw 6.45, while the visitors are 12.25 to secure a shock win at the San Siro.