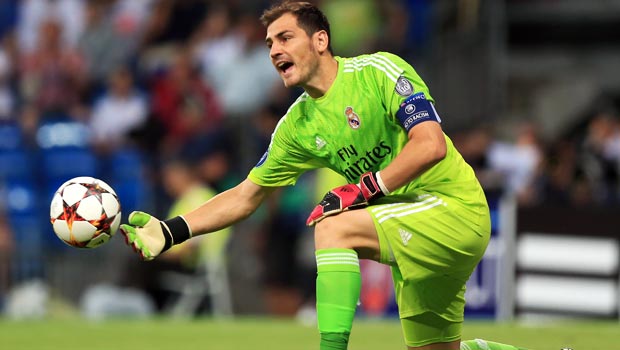 The 33-year-old, who made his debut for Real 16 years ago, found himself behind Diego Lopez in the pecking order for La Liga matches last season, being restricted to just two league appearances as well as cup games.

However, those cup appearances did include the Champions League final where Real defeated their bitter cross-city rivals Atletico 4-1.

The lack of regular action had led the experienced goalkeeper to question his future in the Spanish capital.

“I thought about going,” he told Canal Plus. “What you want is for Real Madrid to always win. But in the end, at 33 years of age, you think, why should I? There was a lot of talk about an offer from Arsenal, but there was nothing concrete.”

Lopez left Madrid in the summer to join AC Milan with Casillas now once again the seemingly undisputed number one goalkeeper at the club.

Real currently sit in fourth place in La Liga, four points behind leaders Barcelona, and are 2.10 to win the title.

The Spanish international admits he is happy at the club where he has won 13 major honours but has not completely ruled out a move abroad in the future.

“I would like to have some experience abroad before retiring,” he added. “I think it would help me to appreciate Real Madrid even more. I am convinced that if you go abroad, you will realise what this club represents for the whole world.”