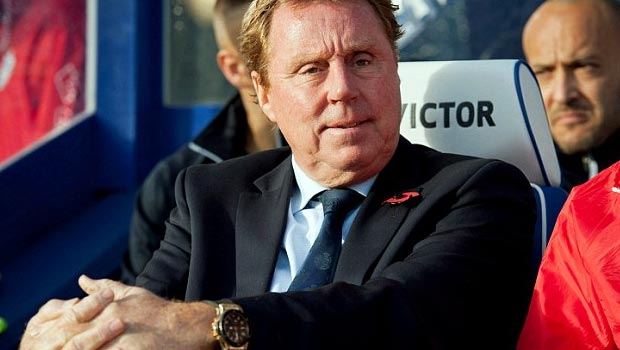 Queens Park Rangers boss Harry Redknapp was delighted with his side’s 3-0 victory over Bournemouth but stressed there is still a long way to go this season.

The R’s have stumbled a bit of late and had won only two of seven Championship matches heading into Tuesday night’s encounter at Loftus Road.

They were beaten 2-1 by Doncaster at the weekend and slipped three points behind table-topping Leicester City but, with Sheffield Wednesday shocking the Foxes, Rangers are now level with Nigel Pearson’s side on 38 points.

Charlie Austin, Junior Hoilett and substitute Matty Phillips scored the goals that gave the west Londoners all three points and Redknapp felt that it was vital to bounce straight back with a win after Saturday’s disappointment.

“We had to pick ourselves up tonight and we were excellent,” he said. “We deserved the win and it was a good all-round performance.”

QPR were relegated from the Premier League last season despite spending heavily in the January transfer window and it was unclear how they would fare back in the second tier of English football.

But, with the experience of the former Spurs chief at the helm, there is expectation of an immediate return to the top flight.

That is clearly the aim this season but Redknapp has urged caution and made it clear that he and his players are keeping their feet firmly on the ground.

“We’ve just got to keep picking up results and take one game at a time,” he added. “Nobody’s getting carried away, there’s a long way to go.”