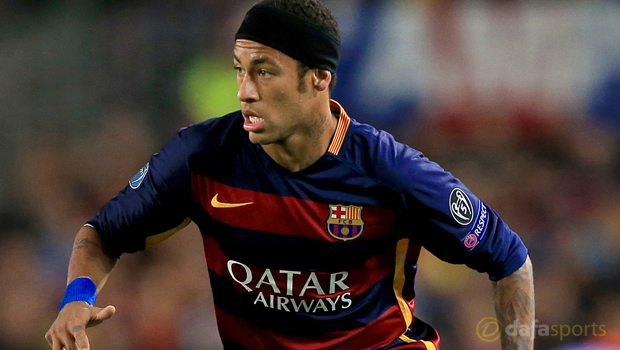 Neymar has said he feels like “I’m at home” as Barcelona go in search of a fourth straight win in La Liga against Villarreal at Camp Nou on Sunday.

The Brazil superstar was on target in Barca’s last defeat – a 2-1 setback against Sevilla at Estadio Ramon Sanchez Pizjuan on October 3 – and has since scored a further seven goals on a six-game unbeaten run, including a four-goal haul in a 5-2 win against Rayo Vallecano.

He and Uruguay striker Luis Suarez have taken on the goalscoring burden in the absence of injured team-mate Lionel Messi, and Neymar says he is benefiting from settling in well in Spain.

“[I feel like] I’m at home. My first year was to learn, to get to know everything,” he told beIN Sports. “The second was better and now I feel very much like I’m at home.

“I’m having a great year, from last season I’m playing in my way, how I played before, and I’m very happy for that.”

Villarreal have not won on their last seven visits to Camp Nou but are boosted by a decision to overturn a suspension for striker Roberto Soldado, who is available for selection.

Bertrand Bailly is out because of a ban, while Adrian Lopez (hamstring), Mateo Musacchio (broken leg) and Sergio Asenjo (knee) are missing for Marcelino’s men.

Barca will be without Ivan Rakitic because of a calf tear, while Javier Mascherano is suspended and Rafinha is expected to be out for the remainder of the season with a knee injury.

Last season’s treble winners are currently priced 1.30 in the match betting and the draw outcome is quoted 5.50. Villarreal are available to back at 10.00.