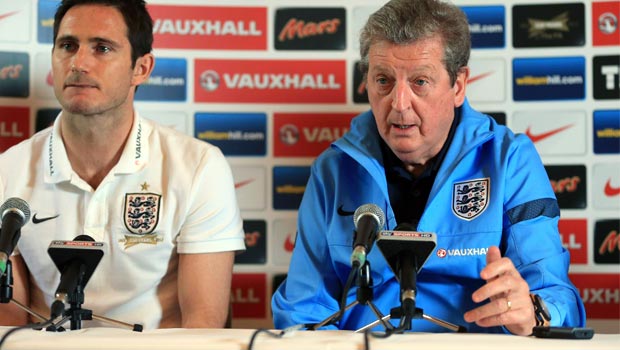 The Three Lions’ coach witnessed his side comfortably beaten on home soil by the Chileans with Barcelona star Alexis Sanchez scoring both goals after seven minutes and in stoppage time respectively.

The Wembley faithful expressed their frustration with the result with a chorus of boos at the final whistle, while the players have an immediate opportunity to make amends against the Germans next week – and Hodgson urged them to take it with both hands.

He said: “It’s important that having been knocked down they pick themselves up again.

“We have another big game on Tuesday night. There are lessons to be learned. We need to play better if we are going to beat top teams like Chile and Germany.

“I’ll be unhappy if they beat themselves up too much. They are capable of coming out on Tuesday with the right enthusiasm and energy and giving Germany a good game, although getting a victory in that game won’t be easy either.”

Hodgson handed debuts to Celtic goalkeeper Fraser Forster and Southampton duo Adam Lallana and Jay Rodriguez against Chile but urged the fans and media not to judge them on that game alone.

He added: “They came into a team where a lot of people around them weren’t that experienced if we take Frank Lampard out of the equation.

“Even our more experienced players would have found it difficult anyway because Chile were good and deserved to win. They played excellently.”

Hodgson has confirmed that out-of-favour Manchester City goalkeeper Joe Hart will start the match against Germany, while Southampton striker Rickie Lambert has shaken off a muscle injury and is set to be involved.

But Manchester United defender Phil Jones is to withdraw from the squad after he suffered a groin injury and was scheduled to have a scan on Saturday.