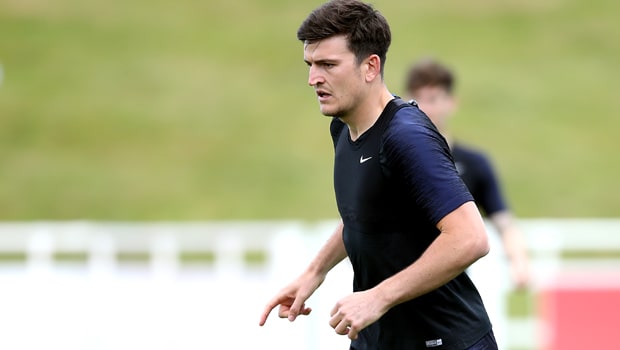 Harry Maguire says England have a “winning mentality” within the squad and has his sights set on the Nations League title.

The Three Lions are 2.80 favourites to win the Nations League outright with Portugal 3.00, the Netherlands 3.80 and Switzerland the 7.00 outsiders.

Maguire feels the presence of Manchester City quartet Raheem Sterling, John Stones, Kyle Walker and Fabian Delph within the England squad will help them challenge for international honours after City claimed a domestic treble this season.

“It’s been a long time since we’ve had a trophy,” he said.

“You want to be winners. We’ve got a lot of winners in our team – [as] you’ve seen with the Man City boys who have just turned up, and won three trophies this year.

“We have a lot of winning mentality in our team and hopefully we can transfer it to international football now.” Maguire believes a Nations League victory for England could serve as a springboard for further success ahead of Euro 2020 next summer.

“We haven’t really been beating the high-ranked teams in recent years, so to get through a group with Spain and Croatia is really important.

“We’re the only semi-final team from the World Cup to manage to get through to last four as well.

“So it’s a great achievement on our behalf, and now we’ve put ourselves in for a good summer, and it’s one we’re looking forward to.” England are 5.50 to win Euro 2020 outright.