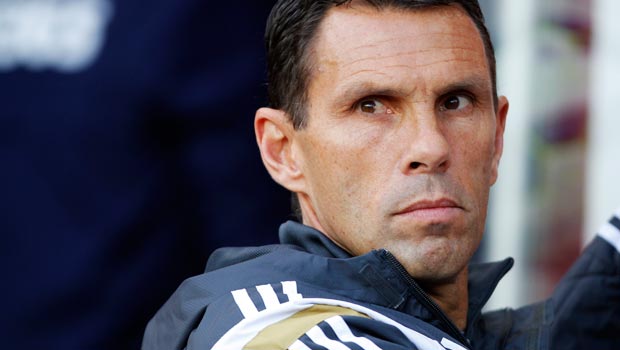 Sunderland manager Gus Poyet told the media that his side’s 8-0 defeat to Southampton on Saturday was his “most embarrassing” moment in football.

The Black Cats suffered their heaviest-ever Premier League loss, and biggest defeat in 32 years, in the game at St Mary’s.

“It’s the most embarrassing time I’ve had on a football pitch. I cannot watch it again,” said Poyet.

“I learned a lot about the players – the bad side as some gave up and I know who they are for the future. I feel very sorry for the fans.
“Maybe the players will watch it. Maybe it will be good therapy for them to watch themselves.

“It’s going to be a difficult week. The players who are on the pitch next week are going to do something about it.”

Southampton went ahead with just 12 minutes played at St Mary’s after Santiago Vergini’s bizarre volleyed own goal, before in-form Italian striker Graziano Pelle and Jack Cork put Ronald Koeman’s side 3-0 up at the break.

The hosts came out in the second half and ran riot, with another own goal, this time coming when Pelle’s goal-bound effort was bundled over the line by Liam Bridcutt, and Pelle himself then adding another soon after.

Man of the match Dusan Tadic grabbed a goal to cap a fine display for the south-coast club, before substitutes Victor Wanyama and Sadio Mane piled on more misery for Poyet’s men.

Southampton take on Stoke City on St Mary’s in matchday nine next weekend, with the hosts 1.57 to win, meanwhile Sunderland’s next game comes against Arsenal, for which they are 5.62 to grab an unlikely victory.