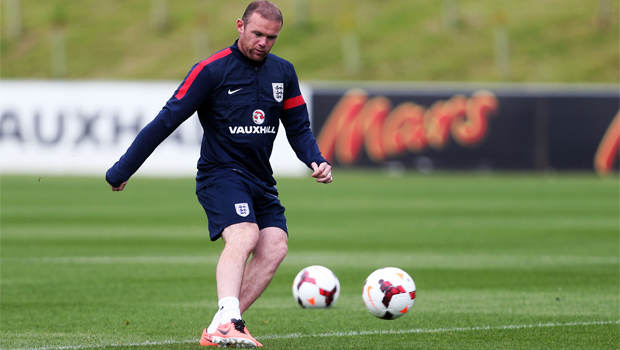 Steven Gerrard says Wayne Rooney is looking sharp in training and expects him to play a key role when England take on Scotland this evening.

Rooney has hardly figured for Manchester United in pre-season as he has struggled with shoulder and hamstring injuries and there had been suggestions he should not be involved at all this evening so close to the new Premier League season.

Despite his lack of action on the pitch, Gerrard says Rooney has looked good in the build-up to tonight’s clash and is tipping him to star should he get the nod to play.

“He’s certainly not match-fit because he’s not played in any friendly games throughout the summer but it’s the same old Wayne Rooney in training – he looks good and he’s scoring goals,” Gerrard told a press conference.

“He’s certainly ready to play; he’s prepared really well. He needs these minutes for his own personal fitness and I’m sure he’s itching to start.”

Meanwhile, Gerrard says the England player’s are taking the Wembley showdown very seriously even though it is just a few days before the Premier League gets underway.

The chance to play against the old enemy is one that excites Gerrard and he also accepts the game is crucial as England prepare for the remaining World Cup qualifiers.

“It’s a World Cup year and we’ve got four very important World Cup qualifiers not too far away,” Gerrard added.

“We’ve got a big game against our local rivals so it’s going off with a bang. All the players are excited and looking forward to an exciting year.

“We’re expecting a quick start and a high-tempo game. They’re going to be well up for the game. They want to beat England, we want to beat Scotland.”