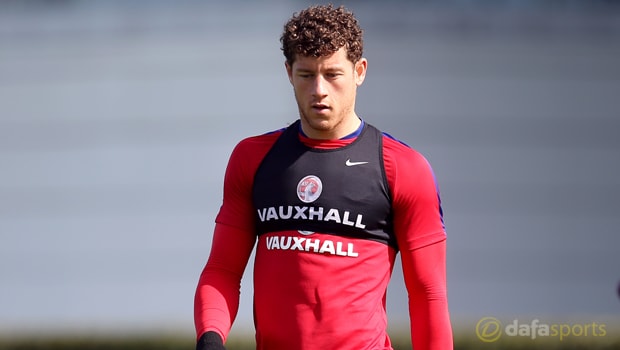 England manager Gareth Southgate has challenged Everton playmaker Ross Barkley to continue his good form if he wants to secure a regular place with the Three Lions.

The 23-year-old made a slow start to 2016-17 but has improved after some stern words from Everton boss Ronald Koeman.

Barkley has been key to helping the Toffees enjoy a strong second half of the season and his performances led to a call-up by England.

However, the midfielder failed to earn any game time in the fixtures against Germany and Lithuania and was just one of two outfield players not to feature across the two fixtures.

The Liverpool-born man showed his disappointment after the matches by liking a tweet showing he had not played a minute in the last seven England matches he was involved with.

Southgate insists Barkley does have a role to play with the Three Lions and has challenged him to continue playing to a high standard.

“I had a good chat with Ross because he’ll be a bit frustrated not to get on against Lithuania,” Southgate said.

“He’s a player I’d wanted to get into the game, so firstly he’s earned his call back into the squad because he’s been playing well with Everton.

“I think he is a player that can make things happen around the edge of the penalty area. It’s the first time I’ve actually had the chance to work with him.

“I never worked with him with the Under-21s so I think it was good for him to get a feel of how we work, how we want to work, and he’s just got to keep playing well for Everton.”

Barkley’s Everton can be backed at 5.50 to pick up a win on Saturday when they travel to face their Merseyside rivals Liverpool, who are priced at 1.62 to claim victory. The draw is available at 4.00.