Gareth Southgate looking to the future after Nations League 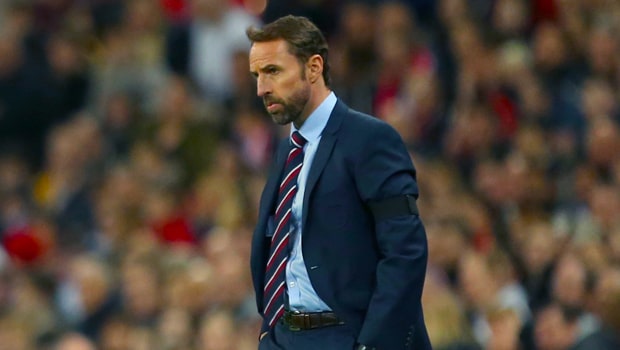 England manager Gareth Southgate says his players have given him plenty of positives despite falling short in the Nations League.

The Three Lions had to contend with a third-place play-off game against Switzerland on Sunday after an extra-time horror show saw them lose 3-1 to the Netherlands on Thursday.

It was a low-key match against the Swiss that only burst into life late on as VAR denied Southgate’s men for the second time in three days as Callum Wilson’s late strike was ruled out due to a foul in the build up.

The match went to penalties where Jordan Pickford proved to be the hero once again as he stepped up very confidently to take England’s fifth spot kick then saved well from Josip Drmic to make sure England won 6-5.

Despite the disappointment of only reaching the semi-finals for the second time in 12 months, Southgate is seeing positives from his group, but is hoping they can continue to progress.

“We’ve all recognised that we’ve hit a certain level, but it’s not a level we’re satisfied with, and so we’ve got to go again. We’ve always done that each summer,” he said.

“The drive I’ve seen from the players over the last couple of days has given me energy because I can see that the commitment is there to want to take it further with England, they’re not satisfied with where they’re at.

“And that, as a coach, actually sometimes gives you a lift, because you think you’re the only one that’s driving things and up all night trying to prepare for the game and repair from the other night.

“So, I take energy from all of my staff and all of the players, and they are a fantastic group to work with I have to say, and you saw that in the mentality that they showed today for the 120 minutes (of the game).

England will aim to get their first silverware since 1966 in the European Championships next summer and they are rated at 5.00 to win the tournament outright.