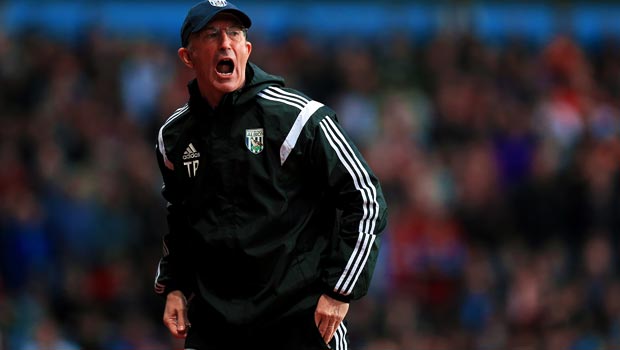 West Brom defender Gareth McAuley insists the team will not get complacent and will fight for every point in the remaining Premier League games this season.

The Baggies have enjoyed a resurgence in form since Tony Pulis succeeded Alan Irvine as head coach on January 1 and the club are edging towards Premier League safety.

The former Stoke City manager has only suffered three defeats from 13 games across all competitions and the improvement at the back has been a particular highlight.

In Irvine’s final 13 matches in charge, 20 goals were conceded, but under Pulis only 10 strikes have been let in from the same number of outings.

Eight clean sheets have also been recorded and that is a huge reason why West Brom are now eight points clear of the relegation zone with nine games remaining.

McAuley, who has been a regular fixture in defence for the Baggies, insists the team will not stop working until the season draws to an end on May 24.

“There are a few teams that are a few points behind us but if you start looking at things like that you will soon find yourself slipping away,” he said.

“The gaffer is not having any of that I can assure you. The message from him is to finish as strongly as we possibly can and that’s all we are thinking about.

“May is a bit of a lottery for us. We’ve got a really difficult group of matches in our last four or five games so the last thing we can afford to be is complacent.”

West Brom face a tough challenge this weekend as they take on Manchester City at the Etihad Stadium as the Citizens look to bounce back from their Champions League exit at the hands of Barcelona.

The Baggies are the outsiders at 9.04 to win with the defending Premier League champions firm favourites at 1.31.