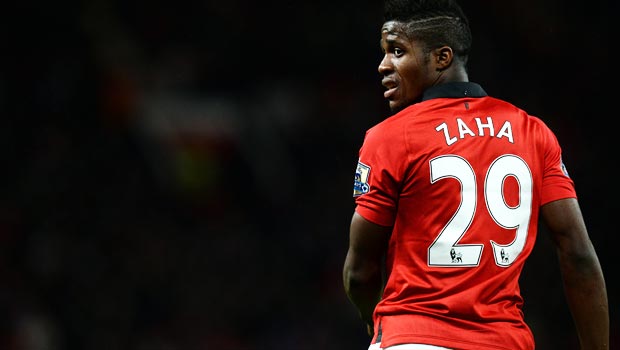 Wilfried Zaha is aiming to take full advantage of his second chance at Manchester United under Louis van Gaal after being frozen out of David Moyes’ first-team plans last season.

The highly-rated 21-year-old England international winger was Sir Alex Ferguson’s final signing for the Red Devils when he paid Crystal Palace £15million for his signature in January 2013.

Zaha stayed put at Selhurst Park to help the Eagles secure promotion to the Premier League before moving to Old Trafford last summer.

However with Moyes in charge at the Theatre of Dreams by then, Zaha found first-team football difficult to come by under the Scot.

After making just two substitute appearances in the Premier League for the Red Devils, he was sent out on loan to Cardiff for the second half of last season.

However with Dutch tactician Van Gaal now at the helm, Zaha claims he has been offered a fresh chance to fight for a first-team place and he intends to grasp it and help the bring the good times back to the club.

“Louis van Gaal has let me know that he believes in me,” Zaha said.

“I can’t tell what’s going to happen with the club in the future, but we have a great manager and I’m sure he will change things here.

“He’ll tell you exactly how he wants it. He won’t beat about the bush or not tell you anything. He will just tell you, and that helps you instead of isolating you.

“And to be honest, if you are not the manager’s cup of tea, you can’t do anything about it. There was nothing I could do about it.”

“At Manchester United there are quality players and if you get your chance, you have to take it,” Zaha added. “And any chance I get I will try and make the most of it.”

United are 5.50 to win the Premier League title this coming season, while Zaha will hope to be involved in their league curtain-raiser against Swansea at Old Trafford on August 16. United are 1.40 to win, Swansea can be backed at 6.48 and the draw is 4.32.