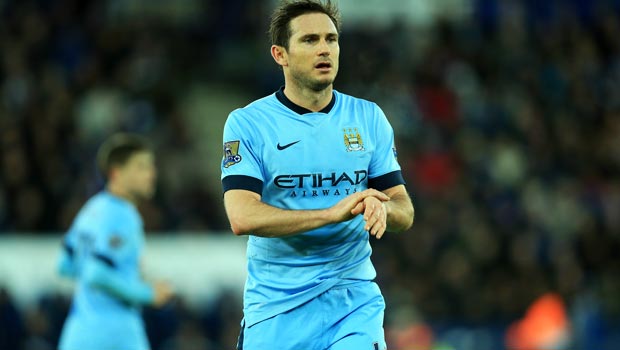 City boss Manuel Pellegrini has also urged the 36-year-old former Chelsea stalwart, who scored the crucial goal in Saturday’s 1-0 victory at Leicester City, to remain at the Etihad Stadium.

Lampard has scored six goals since joining City on a short-term agreement, but it is unclear whether he will join up with newly-formed MLS club New York City FC next month or remain with last season’s Premier League champions until the end of the season.

Sagna, who moved to City in the summer after spending seven years with Arsenal, is convinced Lampard should stay in England, saying: “He is a great guy and he has fitted in perfectly.

“He has showed here that he can score important goals and he is a great player. As long as we have him on board, it’s always good.

“He is a great professional. He keeps working really hard in training. He always tries his best and he is always ready to come in, even if it’s for 10 minutes.”

Pellegrini’s side have now won seven games in a row in all competitions.

They have secured their place in the last 16 of the Champions League by beating Bayern Munich and Roma, while closing the gap on Premier League leaders Chelsea to three points by claiming victories over Swansea City, Southampton, Sunderland, Everton and the Foxes.

City will attempt to make it eight successive victories when they host Crystal Palace on Saturday.

Manchester City are 1.28 to win the match while the Eagles are 9.08 to return to south London with all three points.