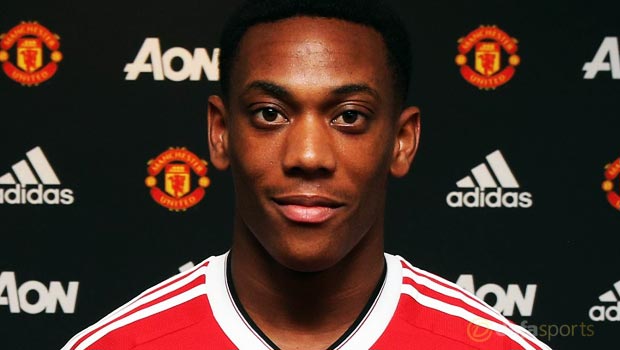 The 19-year-old recently became the world’s most expensive teenager when he signed from Monaco in a deal that could eventually be worth £58m.

This is all despite his age and the fact that he did not manage to establish himself as a regular during his two-year spell in the principality.

Martial made his first appearance for France during Friday’s 1-1 draw against Portugal and after impressing off the bench could well be handed his first start on Monday against Serbia.

Although he is far from the finished article, Tottenham goalkeeper Lloris believes the teenager has a huge future in the game but has pleaded for patience as he continues his development.

“He is a bit shy, but is well involved in the group. He’s going to make his mark, but it’s never easy,” the Spurs‘ goalkeeper Lloris told reporters. “We talked a lot about him lately. He has to digest all of that, but he has huge potential.

“I’m sure that tomorrow, or in the future he will serve the national team and continue to grow.

“In any case, he really has huge potential to become a great player. But he must take one step after another.”

Despite his inexperience, United are hoping for big things from Martial this season as they go looking to win the Premier League title.

The Red Devils are currently 15.00 to top the standings, with local rivals Manchester City leading the betting at 1.50.