Posted by Fred McKinley on September 3, 2015 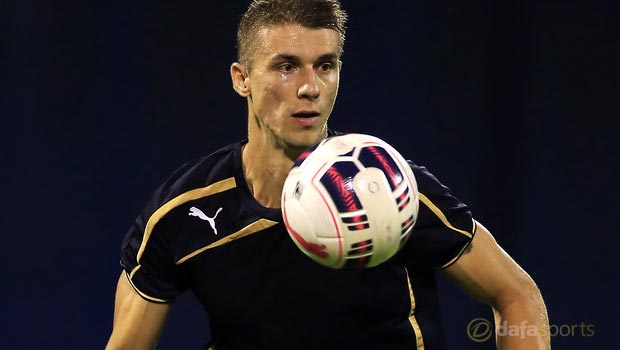 After months of speculation, the Croatian finally signed on transfer deadline day from Dinamo Zagreb as a direct replacement for Virgil van Dijk, who has joined Premier League club Southampton.

During his time in Scotland, Van Dijk was praised for his class and composure and having seen plenty of the new boy in action in his capacity as a scout for the club, McKinlay is expecting much of the same.

With Europa League experience under his belt, the 21-year-old comes with plenty of pedigree and looks set to form a classy back-line alongside the likes of Dedryck Boyata and Manchester United loanee Tyler Blackett.

McKinlay expects Simunovic to become a star for the Bhoys, as he believes he has all the attributes required to be a top class central defender.

The former defender told the Daily Record: “Simunovic will be top drawer. He’s different class. This is a guy who has already played over 50 times for Dinamo Zagreb, has captained Croatia’s Under-21s and has great pedigree.

“I have seen a lot of footage of him, he’s a fantastic footballer.

“Simunovic is Rolls Royce material. He will make a big impact in the Scottish game. It will be seamless with him coming in and van Dijk going.”

He added: “Certainly from what I have seen he can do a fantastic job for Celtic. He’s a quality addition.”

With Celtic likely to justify their price of 1.02 by defending their Scottish Premiership title, it is in the Europa League where they may rely on Simunovic the most, a competition they are currently 67.00 to win.