Manchester United: Fellaini has faith in the new club

Posted by Fred McKinley on September 7, 2013 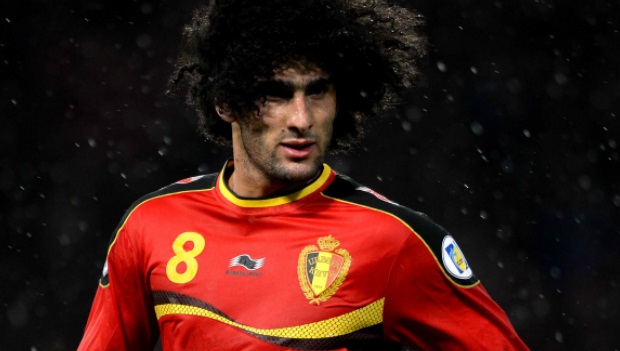 Marouane Fellaini insists he has joined a Manchester United side that has the ability to retain the Premier League title.

The 25-year-old Belgian midfielder moved to Old Trafford from Everton on transfer deadline day, following in the footsteps of United manager David Moyes, who made the same move over the summer.

Moyes had been linked with a number of players ahead of the window closing on Monday, including Leighton Baines, Athletic Bilbao’s Ander Herrera and Real Madrid’s Fabio Coentrao, but Fellaini turned out to be United’s only major acquisition.

This has added to the restlessness amongst the Old Trafford faithful, with questions already being asked about Moyes’ ability to succeed after he replaced the legendary Sir Alex Ferguson in the Manchester United hotseat over the summer.

United’s 1-0 defeat to bitter rivals Liverpool last weekend has not helped matters, but Fellaini insists that his new side played well at Anfield and is convinced they can be crowned Premier League champions again this season.

Speaking after he had helped his national side Belgium beat Scotland 2-0 at Hampden Park on Friday evening, he said: “To win a trophy with Manchester United and play a lot of games, that is important.

“I watched the game (against Liverpool) and in the second half the team played very well and had a lot of chances but couldn’t score, but football is like this.

“It will be tough, every year is tough for the big teams but I think Manchester United has the quality to win the championship so I look forward to this.”

United are currently in seventh place in the Premier League having picked up four points from their opening three games.

Liverpool top the league with three wins out of three, while expected title challengers Chelsea and Manchester City have also had better starts to the season, with seven and six points respectively.