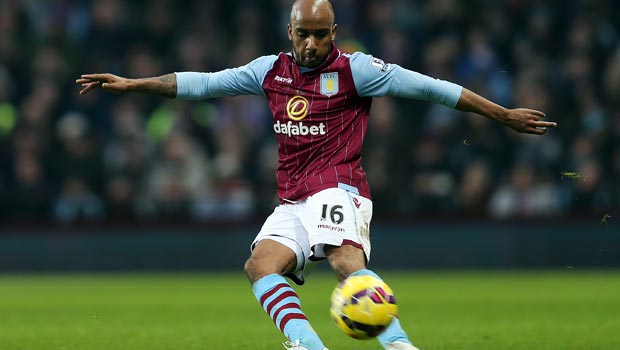 The 25-year-old was due to fall out of contract in the summer and had been linked with a move to Liverpool.

Villa would no doubt have looked to move him on in the current transfer window had it looked like he was ready to run his contract down and leave on a free transfer.

However, the former Leeds United youngster has now inked a new four-and-a-half year deal with the Villans that ties him to the club until 2019.

Delph told the club’s official site: “The club has given me a great platform to perform and a great opportunity to showcase what I can do.

“The fans have been great with me, the chairman has been absolutely fantastic with me and I have a great relationship with the manager and I see the boys here as my brothers, my family and I am delighted to stay here.

“I am a loyal person and committing my future will hopefully show everybody what type of guy I am.

“I feel like this is me – I love the club, I love being here and I want to put 100 per cent into everything I do here. This is my club and I want to be here. That’s why I am committing my future.

Delph cost £6million when he joined Villa from Leeds in 2009 but has endured a roller-coaster time at the club.

He has spent time on the sidelines with long-term injury problems but also made his England debut against Norway back in September.

Boss Paul Lambert will be delighted Delph remains fully committed to the club as he look guide them to Premier League safety.

Villa are 3.80 to be relegated this season with only Burnley, Leicester City, QPR and Hull City currently at shorter prices.