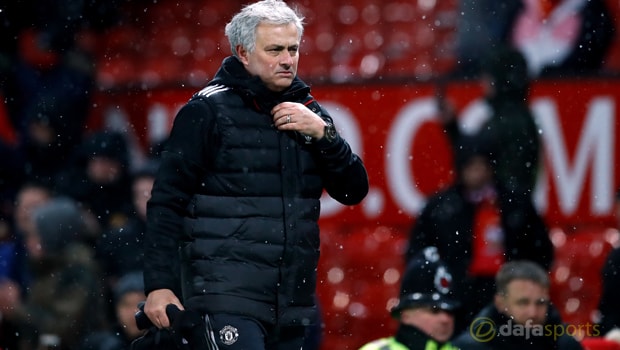 Manchester United boss Jose Mourinho has questioned the personality of his players despite seeing them book their place in the FA Cup semi-finals with a 2-0 victory over Brighton on Saturday.

Goals from Romelu Lukaku and Nemanja Matic secured the Red Devils’ place in the last four and brought what had been a disappointing week to a positive end following their elimination from the Champions League at the hands of Sevilla.

Despite the positive result, Mourinho was unhappy with the performance of his side, although he still felt they deserved to secure a victory from the contest.

“I didn’t like the game,” Mourinho told BT Sport. “I think we deserved to win because I think the game was in control for the majority, we scored two and they didn’t score, so we clearly deserved it but we didn’t play the way I want.”

Mourinho was particularly unhappy with the lack of personality and desire that his side showed, although he did single out Matic as the only player who stood up to be counted.

He added: “The biggest frustration is not a bad result because this can happen, it’s when I work on the [training] pitch and don’t see the situations on the pitch.

The international break means United are not back in action until they play host to Swansea in the Premier League on March 31.

United are currently second in the top-flight standings, 16 points behind runaway leaders Manchester City, but they are priced at 1.44 to finish the best of the rest come the end of the campaign.