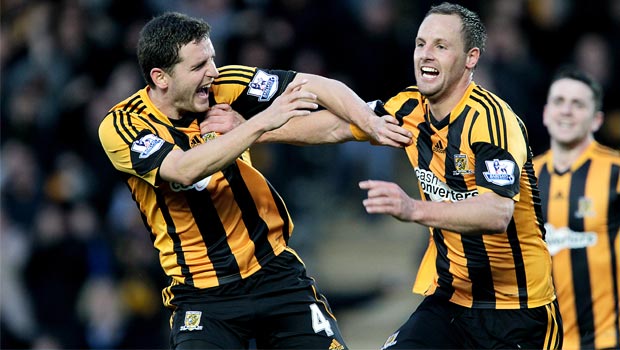 Hull City defender Alex Bruce is confident that they have a squad capable of securing silverware in the FA Cup and maintaining their place in the Premier League this season.

Bruce, the son of manager Steve Bruce, is determined to enjoy a good run in the cup this season as the Tigers look ahead to a fifth-round tie at Championship side Brighton on Monday night.

The main target is to avoid relegation after one season back in the top flight, but with an FA Cup final spot potentially three games away, the chance of a Wembley appearance is becoming more alluring.

Hull seem relatively comfortable in 13th position in the Premier League, but they are just three points clear of the bottom three and are determined to put more daylight between themselves and their struggling rivals as quickly as possible.

However, having made wholesale changes for the wins at Championship side Middlesbrough and at League Two Southend earlier in the FA Cup, Bruce Senior is poised to name a stronger side at the Amex Stadium.

January signings Nikica Jelavic and Shane Long are both cup-tied so Yannick Sagbo and Matty Fryatt are set to get a chance to shine, but the rest of the line-up is set to be made up of regular senior players.

And Bruce junior is in no doubt that the players are capable of battling it out on two fronts for the remainder of the campaign.

He said: “The league is the most important thing but to have a chance of going to Wembley would be massive, the kind of thing you work hard for all your life.

“If we can stay up and do well in the cup that is the perfect situation. Teams take confidence out of winning football matches, regardless of if they are in the league or the cup.

“A win on Monday brings something you can take into the next league game, because it’s about playing well and developing that winning habit.”

Despite being in the Championship, Brighton have been installed as the 2.31 favourites in the match betting, with the Tigers – who have lost both previous FA Cup encounters against the Seagulls – on offer at 3.08 and the draw at 3.10.