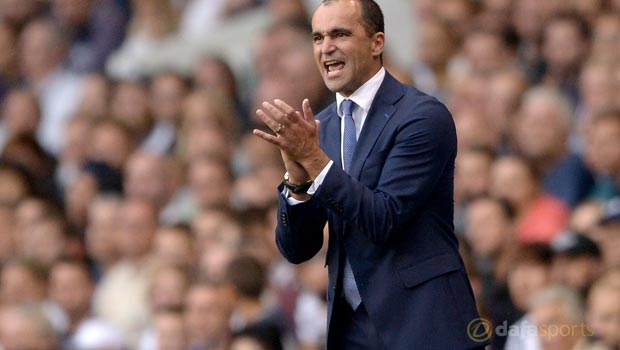 Roberto Martinez felt his Everton side showed the benefit of their European experience last season in order to take a share of the spoils at White Hart Lane on Saturday.

The Toffees held firm despite some consistent probing from Tottenham in the second half to leave north London with a credible point.

Coming just two full days after a 5-3 Capital One Cup win at Barnsley that required extra-time, Martinez felt the result demonstrated Everton have learned from their Europa League campaign and can now cope with a quick turnaround.

The Spaniard felt concentration was the key factor in keeping Spurs at arm’s length.

“The lessons that we learned last season in Europe helped us,” said the Blues boss. “Last season, we would have lost.

“I couldn’t be happier with the overall display, the focus and concentration. When the substitutions came on, they met the tempo straight away.”

The result means Everton go into the international break having suffered just one league defeat, against leaders Manchester City.

Martinez is encouraged by the start to the season and the developing character within his squad.

“I was very satisfied because in this performance, we had to show a lot of character and a lot of personality – not necessarily with any technical or tactical aspect, but we had to make sure we showed good concentration,” he added.

Despite Spurs having had a full week to prepare for the game, Martinez felt it was his side that had finished strongest.

“Overall, we had to go through a tough period in the second half – but we finished the stronger side and that’s always a strong sign to show the personality of the group,” he said.

Everton are 26.00 to finish in the top four this season while Saturday’s opponents Tottenham are now 13.00.