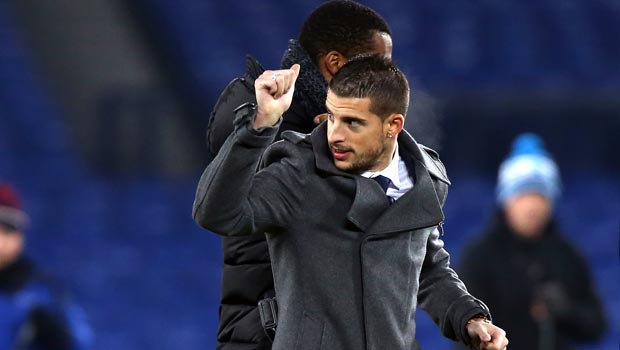 Everton manager Roberto Martinez insists that he has put the Kevin Mirallas penalty incident behind him after addressing the problem internally.

The Toffees will return to action this weekend against Crystal Palace, their first outing since the goalless draw against West Brom at Goodison Park on January 19.

Following the draw against the Baggies, Mirallas was under the spotlight for taking over the spot-kick responsibilities from Leighton Baines. He took the ball and then duly missed just before half time. Boss Martinez then decided to substitute the Belgium international at half time, although he insisted that was because of a minor hamstring injury rather than anything to do with the penalty row.

The Merseyside outfit can be backed at 26.00 to be relegated as they sit just four points above the bottom three after a difficult season for Martinez’s men so far.

Everton went out of the FA Cup to West Ham in round three and were granted the opportunity of a rare rest last weekend, allowing the matter to die down.

Martinez insists that there was no need to build bridges within the squad as they look to address their poor run of form when they return to action.

Martinez said: “Obviously it is something that has been addressed internally and is water under the bridge.

“The only problem we had was that Kevin missed the penalty. That is the end of the matter internally.

“Sometimes you feel in a great moment and you want to take a penalty.

“It is not a negative having players that want to have the responsibility and show they can help the team in specific moments.

“The issue here is that he missed the penalty – nothing else.”

The 27-year-old was substituted at half time against West Brom with a hamstring problem but should be fit for Saturday’s trip to Selhurst Park.

The Spaniard also confirmed that James McCarthy, Darren Gibson and Sylvain Distin are all in contention to return after a spell on the sidelines.