Posted by Fred McKinley on September 3, 2014 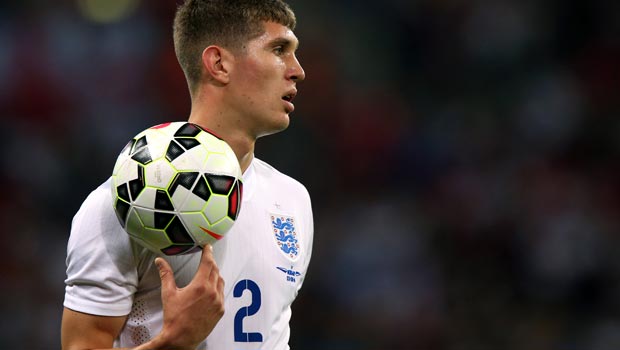 England boss Roy Hodgson has named Everton youngster John Stones in his starting line-up for the friendly against Norway on Wednesday night as the Three Lions look to move on from their disappointing World Cup campaign.

Hodgson has named a side mixed with youth and experience for the Wembley clash that serves as a warm-up game for the first Euro 2016 qualifier in Switzerland on Monday.

The England boss has given Everton starlet Jones, 20, the nod to start at right-back in front of normal goalkeeper Joe Hart, while Phil Jones and Gary Cahill have been selected in central defence with Stones’ club-mate Leighton Baines at left-back.

Jordan Henderson and Jack Wilshere are in midfield and Alex Oxlade-Chamberlain and Raheem Sterling will start out wide, supporting Daniel Sturridge and new skipper Wayne Rooney up front.

Hodgson’s starting XI features five players aged 22 or under in the post-Steven Gerrard and Frank Lampard era and he hopes the young side can begin to erase the memory of a dismal summer in Brazil when England failed to win a game and finished bottom of their group.

“This is a team that contains interesting young talent with enormous potential,” said Hodgson. “There will be one or two that wouldn’t have played many games.

“The young ones have to step up to the plate and make certain they don’t let themselves down. We’ve only been together since Sunday evening and we seem to have crammed an awful lot into that period of time.

“I get the feeling the players can’t wait.”

New call-ups Fabian Delph, Calum Chambers and Danny Rose are all on the bench but Arsenal new boy Danny Welbeck is not expected to feature after suffering an injury in training.