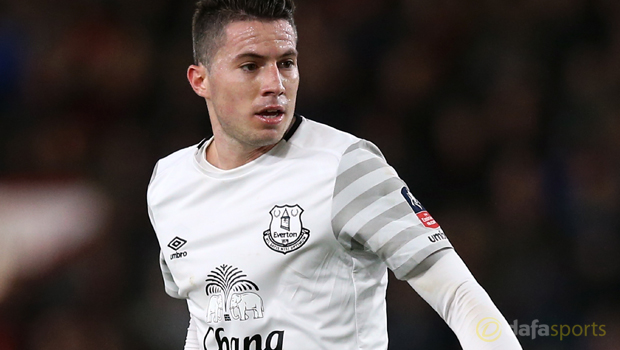 Everton’s Bryan Oviedo says he is happy to be keeping his place at left-back and the Costa Rica international is hoping he can fend off competition from Leighton Baines and Brendan Galloway.

The 26-year-old arrived at Goodison Park back in 2012 from Copenhagen but the highly-rated defender has found first-team opportunities limited, making just 38 Premier League appearances.

His back-up role has largely been down to the form of England international Baines, who has been one of the most consistent performers for the club, while injuries have also played a part.

The Ciudad Quesada-born star suffered a broken left leg 18 minutes into the FA Cup Fourth Round tie against Stevenage back in January 2014 and this ruled him out of the World Cup that summer.

It has been a long recovery for Oviedo but the full-back, who can also play as a winger, has found himself back in the first team plans over the past month.

He has made eight outings in the top flight this term and his impressive displays are keeping the likes of Baines, who has been hampered by injuries, and Galloway out of the starting line-up.

Oviedo insists he is continuing to work hard on the training ground and he is hoping to stay the preferred choice at left-back for manager Roberto Martinez.

“At the moment I am playing and I hope to continue to do so,” he told evertontv. “I want to help the team win the next games.”

Everton have the weekend off with their clash against Liverpool being rescheduled due to the Reds taking on Manchester City in the League Cup final on Sunday.

The Toffees return to action on March 1 when they travel to relegation-threatened Aston Villa and the visitors will be hoping to clinch all three points to boost their chances of a top-four finish.

Martinez’s men are priced at 67.00 to end up in the top-four while the Villans are 1.02 favourites to drop down to the Championship.