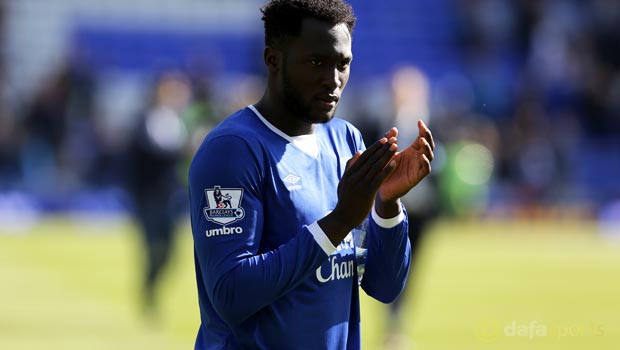 Everton striker Romelu Lukaku is determined to bounce back from a disappointing campaign and paid tribute to boss Roberto Martinez for helping him to at least finish last season strongly.

Big things were expected of both Lukaku and Everton last term following his 15 goals in 33 appearances which helped the Toffees to a fifth-place finish while on loan from Chelsea in 2013/14.

That form was no fluke as he scored 17 goals in 35 matches while on loan at West Brom and it prompted Everton to splash out a club record £28m to sign him on a permanent basis last summer.

However, things did not quite go to plan at Goodison Park last term with the Toffees involved in a relegation battle until the latter part of the season, with Lukaku even finding himself left out of the starting XI.

Lukaku though feels that he has learned a lot from the experience and believes it will help him become a better player.

“[Martinez] left me out in December in a couple of games, and I think that was a wake-up call for me to look at myself in the mirror and say, ‘Rom, you’re not playing well now, you have to be serious with yourself, you have to work maybe harder,’ ” he told Premier League World. “Even though I was working very hard maybe I had to give more.

“That’s something that you need to learn as a young player, that when things are not going well you need to push yourself, work hard, do everything you can to get back in the starting line-up and know that the team is the most important thing.”

Everton managed to win six of their last ten games to finish in 11th position with the Belgian international eventually hitting double figures in terms of goals.

“I think a lot of people doubted about the qualities that I had, thinking about the transfer [from Chelsea] and the price tag and stuff,” he said. “But, I think I never spoke a lot. I just kept on working and kept focused on what I had to do to help my team-mates.”