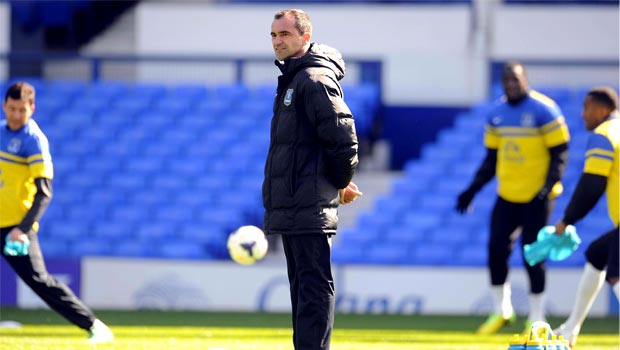 Everton boss Roberto Martinez is hoping his side can have a psychological edge over their rivals as they try to qualify for the UEFA Champions League.

The Toffees dropped to fifth in the Premier League table, after Arsenal beat West Ham 3-1 on Tuesday night. However, they can leapfrog Arsenal on Wednesday night, but only if they beat Crystal Palace at Goodison Park.

Martinez’s side are currently on their best winning league run since the 1980’s in what is a pivotal period for the Merseyside club. Everton have won seven games on the bounce, and they are 1.35 to beat Palace with Dafabet.

Tony Pulis’ men will be no pushovers though as they look to maintain their place in the top-flight, and they can be backed at odds of 8.55, with the draw priced at 5.18.

Everton have only finished in the top four on one occasion in the Premier League era, but Martinez believes their strong mentality gives them the advantage over the Gunners in the battle for European football.

He said: “When there is a real meaning in every point that you play for, psychologically you need to be very strong, and probably that’s a big advantage that we have, and we’ve shown that in the last seven or eight weeks.

“The team is focused, the football club is focused and we are very much all together fighting for the same aim. Psychologically we’ve got that winning mentality that you need.

“When you get into a position like we are, it’s a little bit unknown ground breaking through the points tally that we have.

“Psychologically we’re taking a very simple approach, trying to give everything that we’ve got and everything we’ve learned over the last 10 months to be as competitive as we can in every game.”