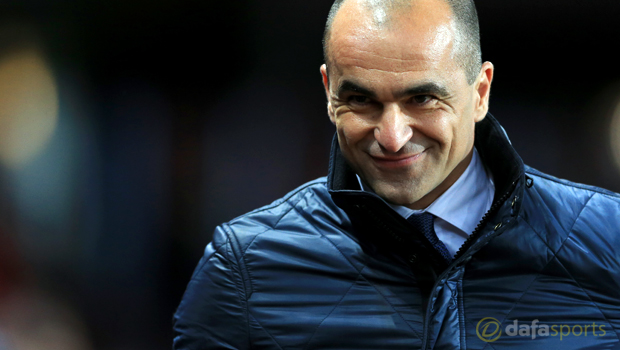 Everton manager Roberto Martinez is adamant his side have the resolve to bounce back from their recent league defeat and overhaul Chelsea in the FA Cup quarter-final on Saturday.

The Toffees welcomed West Ham United to Goodison Park in the Premier League last time out and the hosts looked on course to record a crucial win, having built a 2-0 lead thanks to goals from Romelu Lukaku and Aaron Lennon despite Kevin Mirallas’ sending off.

However, Hammers goalkeeper Adrian made a vital penalty save in the second-half to turn the tide of the game and the visitors staged a remarkable comeback in the last 12 minutes to win 3-2.

Michail Antonio, Diafro Sakho and Dimitri Payet all found the back of the net for Slaven Bilic’s men and that result has lifted his side to fifth in the table, just one point behind Manchester City in fourth.

For Everton, it was another reminder of their defensive frailties this season and the team have conceded a massive 39 goals already, the joint-fifth worst record in the league.

Next up for the Merseyside outfit is a last-eight FA Cup clash with Chelsea, who were knocked out of the Champions League last-16 by PSG on Wednesday.

The Blues face a difficult challenge when they make the trip to Merseyside with the competition representing the only chance they have of picking up silverware this term.

Martinez is feeling optimistic of advancing into the semi-final and the Spaniard believes his players will put the West Ham disappointment behind them in time for the game.

“The character of the squad has never been in doubt,” he said. “We have a group of players desperate to get back out on the pitch to ensure we put things right.”