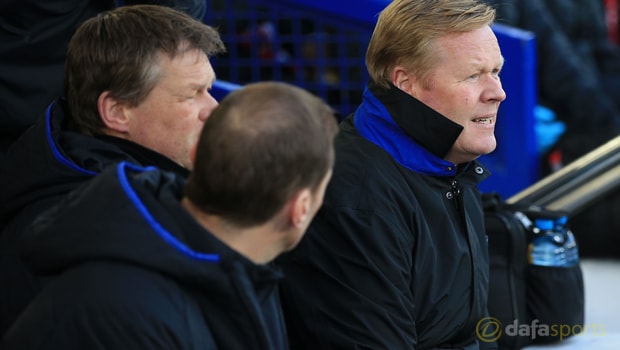 Everton are edging closer to completing the signing of Charlton Athletic’s Ademola Lookman while a move for Middlesbrough’s Ben Gibson is also said to be on the cards.

Manager Ronald Koeman is eager to add some new faces to his squad this month, having lost winger Yannick Bolasie for the season and midfielder Muhamed Besic until February.

Several names have been linked with a switch to Goodison Park and it now appears there will be one new arrival shortly, with Lookman travelling to Merseyside for a medical.

The 19-year-old, who has played for England at Under-19 and Under-20 level, enjoyed his breakthrough campaign for the Addicks last year, scoring five times in 24 Championship appearances.

He has continued his good form in League One this term, bagging the same amount of goals from three fewer outings, and is set to be rewarded with a move to the Premier League.

Everton will reportedly pay around £10-11million and will integrate the forward into their squad for the second half of the campaign.

Lookman could also be joined at Goodison Park by Middlesbrough defender Gibson, with the Toffees eager to tie up a deal for the centre-back.

The 23-year-old has been in fantastic form for Boro and his displays have been crucial in helping the club sit four points above the relegation zone.

Koeman’s men take on Leicester at home in the FA Cup third round on Saturday and the hosts are firm 1.85 favourites. The draw is priced at 3.50 while the visitors are a 4.00 chance.

The Foxes have struggled to defend their Premier League title this season but will go into the tie on the back of a two-game unbeaten run.