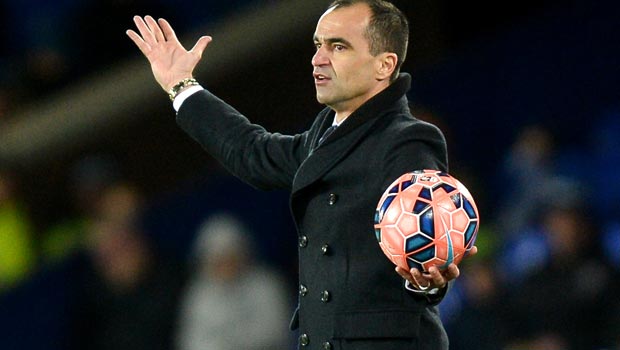 The Toffees are on a run of four straight defeats in the league following their 2-0 loss at Hull City on New Year’s Day.

They were on the verge of a fifth successive defeat in all competitions earlier this week when trailing West Ham 1-0 in the FA Cup, before Romelu Lukaku scored an injury-time equaliser to take the tie to a replay.

Martinez’s side are without a win since a 3-1 triumph over struggling QPR on December 15 but the manager insists their hunger to put the run to an end is as strong as ever.

“I’m sure from the outside there will be people asking questions,” said Martinez, who has defended the decision to alter his tactics for the West Ham game after being asked to go more direct by players.

“But that has made us even stronger and it has made us a little bit more focused about where we are and what we want to achieve.

“The winning mentality in the group is strong and now it about getting back to a very simple approach, making sure we perform in a manner which can start a real good run of performances.”

Despite their desire to win, Martinez admits his players will have to be right at the top of their game if they want to beat Manchester City.

“Our performance will have to be perfect,” he added. “I feel we are ready to face a team like City at this point.

“We are playing at home. We have had four really bad results and we need to put that right. It doesn’t matter what the opposition is, we have to look at what we can do.”