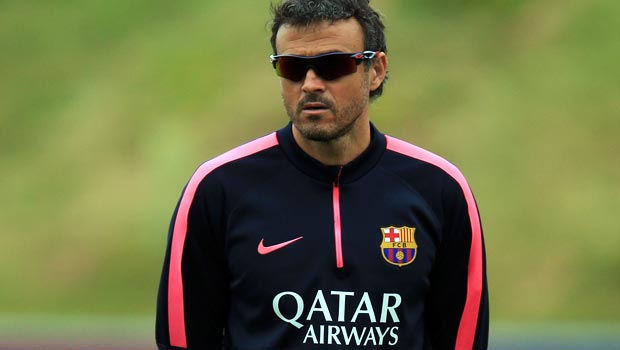 Luis Enrique insists the Barcelona players are right behind him despite reports of a rift behind the scenes at Camp Nou.

Barcelona are in something of a crisis at the moment following the decision to sack director of football Andoni Zubizarreta at the start of the week.

His assistant, club legend Carles Puyol, followed him out of the door, all within days of the surprise 1-0 defeat at Real Sociedad, in which Enrique left star man Lionel Messi on the substitutes’ bench.

That sparked rumours of a rift between coach and player, putting Enrique under heavy pressure as he also left Gerard Pique, Neymar and Ivan Rakitic out of his starting line-up.

But the Spaniard, a former Blaugrana midfielder, believes he still has the backing of the Barca dressing room ahead of Thursday’s Copa del Rey clash with Elche at Camp Nou.

“I feel I have the backing of the club and the players,” Enrique told a pre-match press conference.

“I’m absolutely sure of that and will carry on working with the same professional approach.

“It’s not my job to confirm or deny what the press write. My job is to do what’s best for Barcelona and my relationship with the players is the same as it was at the start of the season, although in some ways those relationships are better than before.”

The Spanish press believes Messi is growing unsettled at Barcelona amid reported interest from Chelsea and missed an opening training session on Monday.

Enrique’s claim the Argentinean had gastroenteritis has been met with scepticism and it remains to be seen if he will be in the squad to face Elche.

Barcelona are 1.07 to beat Elche and are priced at 1.59 to take all three points when they host Atletico Madrid in a La Liga clash at Camp Nou on January 11.