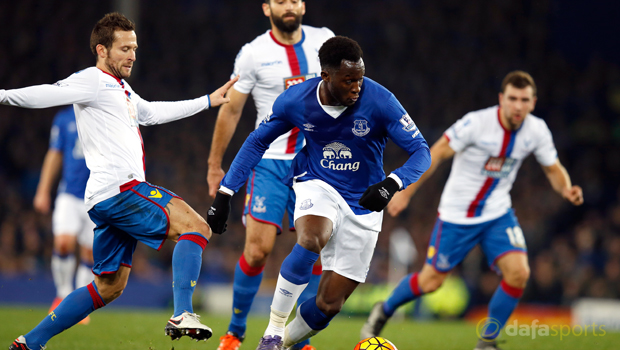 Everton boss Roberto Martinez was quick to praise striker Romelu Lukaku after his goal ensured a point against Crystal Palace on Monday night.

Martinez’s men fell behind in the 76th minute when Scott Dann’s header from a corner found the back of the net. Before that, Everton had created plenty of chances although they were unable to find a way through.

They eventually got their goal through Lukaku, who had already hit the post and the bar during the contest at Goodison Park. Monday’s goal was the Belgian’s 50th in 100 games for the Blues and Martinez was quick to hail his forward.

“He deserves a lot of praise because he is a very reliable footballer,” the Spaniard told Sky Sports.

“He is such a unique No 9. Normally No 9s master one aspect – they can hold the ball up, they are strong or they have got pace, they are finishers – but I think Rom can be everything, and I think that is a phenomenal attribute for our team.

“I think you’re looking at his moment, it is a very good one. In front of goal, he is lethal; he could have scored a hat-trick.”

The former Wigan manager was also quick to talk up the rest of his squad and he believes the club’s fans can be excited for the future.

Martinez added: “As a team, we are growing all the time, we are still young, but we have a very good mixture.

“The influence of players like Gareth Barry and Tim Howard is essential and then you are looking at the young players; from back to front, we are developing a real good understanding. We need to get better but we are starting to see signs of very exciting times ahead.”