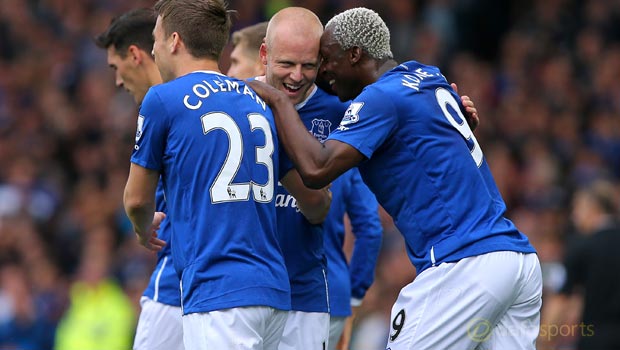 Everton boss Roberto Martinez felt his side produced a “complete” performance in their win over Chelsea and hailed hat-trick hero Steven Naismith.

Naismith wasn’t in the starting line-up at Goodison Park on Saturday, but Martinez had to make an early change as Muhamed Besic was forced off.

The Scottish striker opened the scoring within 10 minutes of his introduction and gave Everton a 2-0 lead on 22 minutes.

Chelsea did reduce the deficit before the break through Nemanja Matic but Naismith ensured Martinez’s men took all three points as he completed his hat-trick on 82 minutes.

Manager Martinez was delighted with his side’s display and heaped the praise on Naismith, while he also praised John Stones – who was the subject of three failed bids from Stamford Bridge during the summer transfer window.

“It would have been all too easy for Naisy not to be ready and not to be happy to not be in starting XI, but he gave us a real example of focus, concentration and the real standard of this dressing room,” said the Spaniard.

“Sometimes you play against the champions and you can beat them, but you look at lucky breaks – but for 90 minutes we restricted Chelsea to two shots on target.

“Clearly John showed we couldn’t replace a player like John Stones at that stage. He has been heavily tested but we never had a doubt in the way he would perform and he never let the team down.

“He always trained and performed well and today he showed he is going to be a future England captain.

“We know we can play better but what you are looking at is a complete performance.”

Everton are 21.00 to finish in the top four and 3.10 to win their next match at Swansea on Saturday.