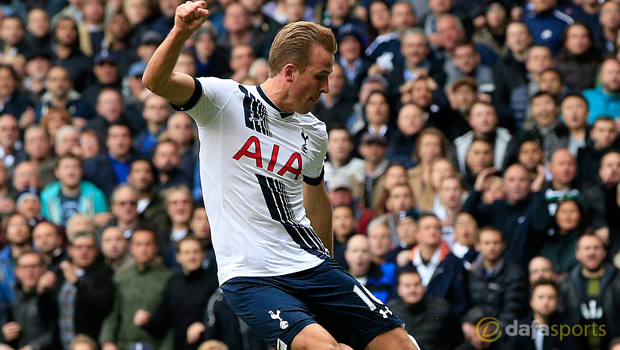 Kane picked up a knock in the goalless draw with Liverpool at the weekend and Pochettino may not be willing to take any chances on him.

The England international has travelled to Belgium with the rest of the Spurs’ squad, but Pochettino could leave him on the bench as injuries start to stack up at White Hart Lane.

Son Heung-min and Nacer Chadli are already on the sidelines so Pochettino will not take any chances on Kane, with Clinton Njie likely to get the nod ahead of him.

“Yes maybe,” Pochettino replied when asked if he was thinking of resting Kane.

“We have Son and Nacer Chadli who can play as a striker and Njie and Kane (are) today available. We need to assess because at the end of the game against Liverpool, Harry had a small problem. He had a knock, not an injury.

“It is possible he will start on the bench, as normal we need to manage in a good way and assess and analyse every little detail. The player always wants to play. Afterwards I decide if the player is wrong.”

Victory in Belgium would put Spurs in prime position to qualify from Group J, having taken four points from their opening two fixtures.

“Its very important for us,” he said of the Europa League. “It is a big opportunity for us to do as well as we can and hopefully pick up a trophy at the end of the season.

“We know that the rewards are there if we do go far in this competition.”