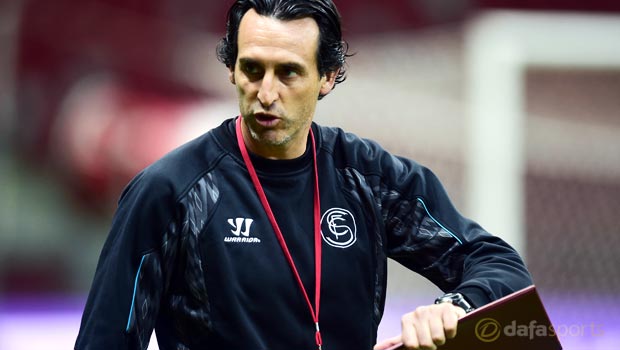 Sevilla boss Unai Emery says his side’s past exploits in the Europa League have given them huge confidence ahead of Wednesday’s final against Dnipropetrovsk Dnipro.

The Rojiblancos are the defending champions having beaten Benfica 12 months ago and will arrive in Warsaw as the overwhelming favourites.

Emery has proved to be a rare breed in recent years as, rather than bemoaning the fact his side are in the Europa League, he has embraced the tournament and used it to help develop his squad.

It means his players seemingly have a different attitude to other teams when it comes to the event and always seem to rise to the challenge, most recently when beating Fiorentina in the last four.

The 43-year-old admits his side have “good vibrations” about the tournament and they will also go into the game knowing a victory will see Sevilla become the first club to win the competition four times.

Ahead of what could be an historic evening on Wednesday, Emery says he is relishing the task at the Stadion Narodowy and is looking forward to the game.

“We want to enjoy each moment and we’re going to enjoy what remains which is one match, one final. It’ll be fantastic,” he told UEFA’s official website.

“The growth that the team has experienced is thanks to what we feel for the Europa League. It means something.

“The team want the fans to feel the vibrations that this competition gives us.”

Going into Wednesday’s match, Sevilla are currently the 1.50 favourites to win in 90 minutes, with the draw 4.00 and their opponents Dnipro the 6.50 outsiders.