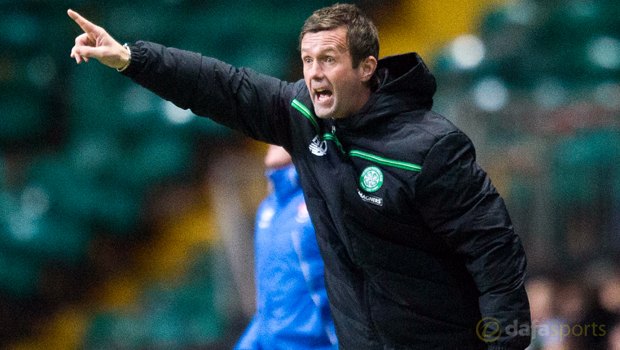 Ronny Deila is confident Celtic can get the better of Ajax in Thursday’s do-or-die Europa League encounter in Glasgow.

The Hoops have failed to win any of their four games in Group A so far and know that if they fail to beat the Eredivisie side then they will likely be eliminated from the competition.

Their campaign had started strongly, with only a late goal denying Deila victory in Amsterdam after Celtic had been reduced to 10 men. The Bhoys then squandered a two-goal lead in the home draw with Fenerbahce before losing both games to Molde.

Individual mistakes have cost Celtic dearly and Deila is set to have an understrength team out against Ajax.

Nir Bitton and Stefan Johansen are suspended while Kris Commons and captain Scott Brown are running out of time to prove their fitness.

Deila said: “We have to see this as an opportunity. It is another chance for us. We played well in Amsterdam and showed that we are a good team.

“But it is important to be effective when you get the chance because the game can open up for you.”

Despite some of his key men missing out, the Norwegian feels he will have a team ready to compete with Ajax, who have three points from four games which is one more than Celtic.

The Parkhead chief will wait until the last minute before ruling Brown and Commons out of the game.

“Whatever happens we have a strong squad and we will put out a strong midfield, but we are hopeful,” added Deila. “We know what Scott and Kris bring to the team – they have experience of playing at the highest European level and that can be so important.