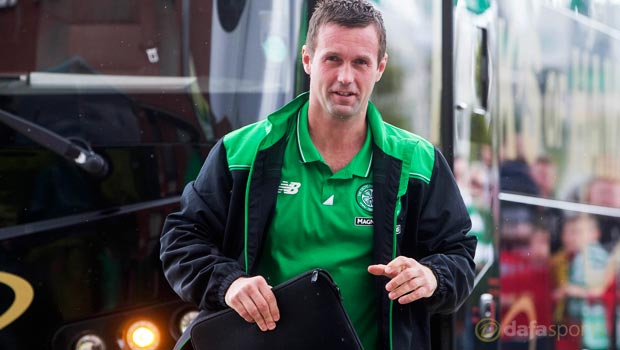 Celtic head coach Ronny Deila has challenged his side to compete strongly in the Europa League after they missed out on the Champions League group stage.

A 2-0 defeat at Malmo meant that the Bhoys lost out 4-3 on aggregate in their play-off round, leaving Deila to plan for another season in the second tier of European club competition.

And the Norwegian was worried by the performance of his players in Sweden, with their exit from the Champions League set to renew speculation about the future of Dutch defender Virgil van Dijk.

Deila told reporters: “It was a team performance that was not at the level we should expect at these games. We have to learn from this, some very hard learning.

“We have shown that the Europa League is the level we have to compete at and it is better than nothing. It is a good competition.”

The Bhoys now have to turn their attentions back to the Scottish Premiership, with a visit from St Johnstone next on the agenda on Saturday, with Celtic 1.17 to win the game and 7.00 to have to settle for a draw.

Celtic have dropped just two points in their opening five games, but are being pushed hard by Hearts and Aberdeen, who both have 100 per cent records so far this season.

And they seem likely to have to try and fend off the Jambos and the Dons without Van Dijk, who admitted after the loss in Sweden that he could be tempted to try his luck in England, with Southampton reported to be hot on his trail.

He told Sky Sports: “If the opportunity comes and it’s the right opportunity for me, then I’ll consider it, but that’s what every player, I think, would do.”