Ronny Deila: Celtic must be clinical against Fenerbahce 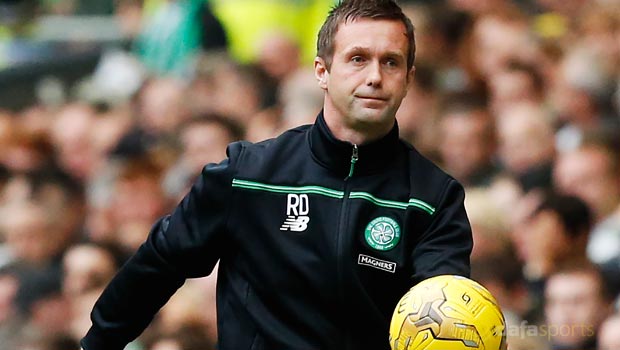 Celtic manager Ronny Deila has urged his players to be more clinical when they entertain Fenerbahce in the Europa League at Celtic Park this week.

The Hoops dominated Saturday’s Scottish Premiership encounter with Hearts in Glasgow, but failed to make their superiority count on the scoreboard in the scoreless draw.

Deila praised the efforts of his players following that game although he insisted they must start finishing teams off.

“There are a lot of things we did (against Hearts) which are going to be good enough on Thursday, but we need to be more effective,” the Hoops boss said.

“In Europe, you get punished harder and you need to punish the opposition when you get the chance.”

Celtic got their Group A campaign off to a positive start with a 2-2 draw against Ajax in Amsterdam two weeks ago, while Thursday’s opponents Fenerbahce suffered a surprise home defeat to Molde, going down 3-1 in Turkey.

Meanwhile, Carlton Cole spent time with Celtic last week and Deila says the former West Ham frontman, available to sign as a free agent, would offer his team a different option in front of goal.

The Norwegian cannot confirm whether or not Cole will join the club and says only the player himself can make that decision.

“We need someone who has different skills than the players we have. Carlton has that and we will see what happens,” added Deila.

“At the minute he’s in London but maybe he will come again. I don’t know for sure. But I don’t need to persuade anybody about this.”