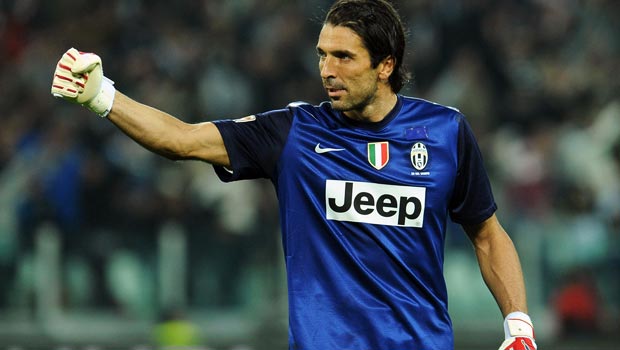 Gianluigi Buffon is expecting a positive response from his team-mates as Juventus look to bounce back from Sunday’s defeat to Napoli when they play Lyon in Thursday’s Europa League clash.

The Old Lady, who are 2.10 to win the Europa League, suffered only their second Serie A loss of the season as the Champions League-chasing Partenopei inflicted a 2-0 defeat on the Turin club at Stadio San Paolo.

The result will have little effect on the title race, however, with Juve still 11 points clear of second-placed Roma with just seven games to go.

The capital outfit do have a game in hand but, with the consistency that Juventus have shown all season, it seems inconceivable that they will crumble when it matters most.

But they do have European matters to deal with as well, however, with a trip to the Stade de Gerland later this week followed by the return leg at Juventus Stadium on Thursday, April 10.

And veteran shot-stopper Buffon is pleased they have already built up a sizeable lead given all the injury problems that boss Antonio Conte has had to deal with.

“It is also best that this happens when you have a sufficiently large advantage over second place, which is considerable, we can say,” he said.

Lyon, who are on offer at 4.94 to win the match, are currently fifth in Ligue 1 but lost 2-1 to St Etienne at the weekend and Buffon has backed the reigning Serie A champions to respond from their defeat when the two teams meet in France.

“When occasionally we do lose, then the reaction should be even more vehement, which it should be as we are a great team, made up of great champions,” he added. “Usually it is the case and will be so again this time.”