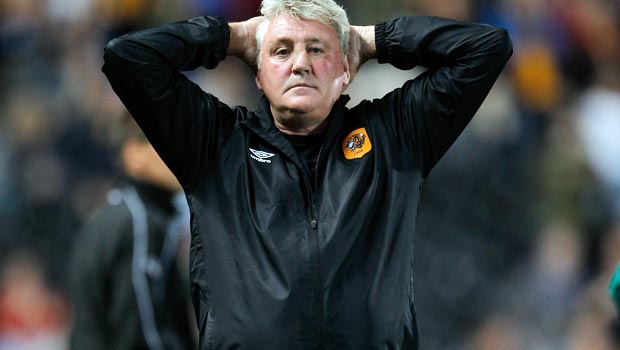 Hull City boss Steve Bruce believes his side have what it takes to reach the Europa League group stage by beating Lokeren on Thursday night.

The Premier League side currently trail the Belgium outfit 1-0 on aggregate after they lost last week. Hans Vanaken’s goal has given Lokeren the upper hand but Bruce is confident the Tigers can bounce back.

Bruce’s side have home advantage this time around and he is expecting his side to qualify for the group stage.

“We know that we’d love to be in the next stages; to get in the group stages would be terrific for the club, we’re aware of that. We’re also aware of how difficult it is with all the pitfalls that come with it.

“We’ll be going all out to try and get a result and get us through to the league situation which we’d all look forward to.”

Bruce has also confirmed that the Tigers are close to signing Palermo’s Abel Hernandez.

The Uruguay international impressed at the World Cup in Brazil and could be on his way to the KC Stadium.

Hernandez was seen at the club’s Cottingham training ground on Wednesday night and Bruce has admitted the deal is close.

“It’s delicate, but if we can pull it off it will be a record for the club. He’s a hell of a player, but there’s work to be done,” said the Tigers boss.

“Until it’s really been rubber-stamped, I’m not going to say anything, but it would be a huge one for us.”