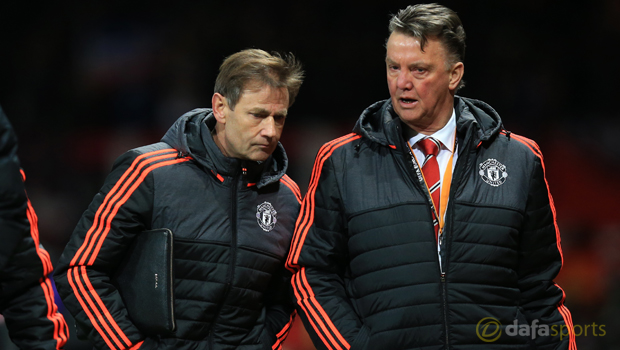 Liverpool and Manchester United will square off in European competition for the first time after they were paired together in the Europa League draw.

The bitter rivals have never met before in continental competition but that will all change on March 10 when Louis van Gaal brings the Red Devils to Anfield for the last-16 first leg.

Both clubs have already signalled their intention to go all the way in the Europa League this season with the prospect of earning Champions League qualification for next season dangling as an added incentive.

Premier League struggles mean both Liverpool and Man United are in danger of missing out on places in the top-four this season.

It will also be the first time two English teams have clashed in Europe’s secondary competition since Liverpool faced Tottenham 43 years ago.

The return leg is scheduled for Old Trafford on March 17.

Tottenham have also been handed a daunting draw, Mauricio Pochettino’s team go to Germany in their first leg to face Borussia Dortmund.

Sevilla’s quest for a third straight Europa League victory sees them square off against FC Basel – the club that will host this year’s final.

There is one all-Spanish tie as Gary Neville’s Valencia travel to fellow La Liga outfit Athletic Bilbao for their first leg clash.

The other Spanish side in the draw, Villarreal, will welcome Bundesliga side Bayer Leverkusen to El Madrigal for their last-16 first leg.

Former winners Shakhtar Donetsk were drawn to face Belgian side Anderlecht, while Fenerbahce will meet Braga for a quarter final place.

Lazio are the sole Italian representative left in the competition and they head to Sparta Prague in the first leg of their last-16 tussle.

Liverpool are 9.00 to win the Europa League this season while Manchester United are 11.00.