Posted by Olumide Akinnifesi on September 19, 2019 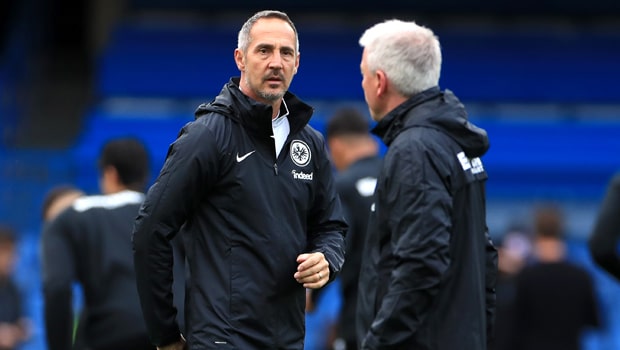 Frankfurt saw a welcome return to the European stage as they qualified for the Europa League last season, and it was a campaign full of promise for the talented German side.

They made it to the semi-finals of the competition before finally being eliminated by eventual winners Chelsea, so there’s plenty to be hopeful about coming into a new season of Europa League action.

The Bundesliga side has already had plenty of chance to warm up for the start of the group stages by playing in three qualifying ties and beating the likes of Flora, Vaduz, and Strasbourg. They will take this chances against Arsenal who are their vulnerability at the back is a huge concern.

Frankfurt suffered a 2-1 defeat away at Augsburg after the international break. The Eagles, however, was unbeaten at home in five competitive outings conceding only twice.

Frankfurt has already played 11 matches this term, four of which have come in the Europa League as last year’s semi-finalist, played through two qualifying rounds to reach this season’s group stage.

Previous year’s terrifying trio Sébastien Haller, Luka Jović, and Ante Rebić have departed the club. They will be relying on Bas Dost and Gonçalo Paciência who have found the net already for the club this season.

Arsenal, on the other hand, has extended their winless run to three matches. It is clear that Unai Emery has not found a solution at the back which cost them a top-four spot last season. They have already conceded eight competitive goals this season, five of which was in their three away games.

That being said, Arsenal has scored in 9 of their ten away games as well. So we are not expecting a total shutout from the hosts here. Both teams are likely to give it their all.

Frankfurt will miss some players like Russ (Achilles tendon), Mijat Gaćinović (groin) which is doubtful while de Guzman and Torro didn’t make the Europa League squad.
Arsenal will be without their talismanic striker Alexandre Lacazette who is out with an ankle injury; others are Konstantinos Mavropanos, Hector Bellerin and Kieran Tierney.

Frankfurt is available at 2.86 to claim a home win over Arsenal, while the Gunners are priced at 2.36 to win the fixture.