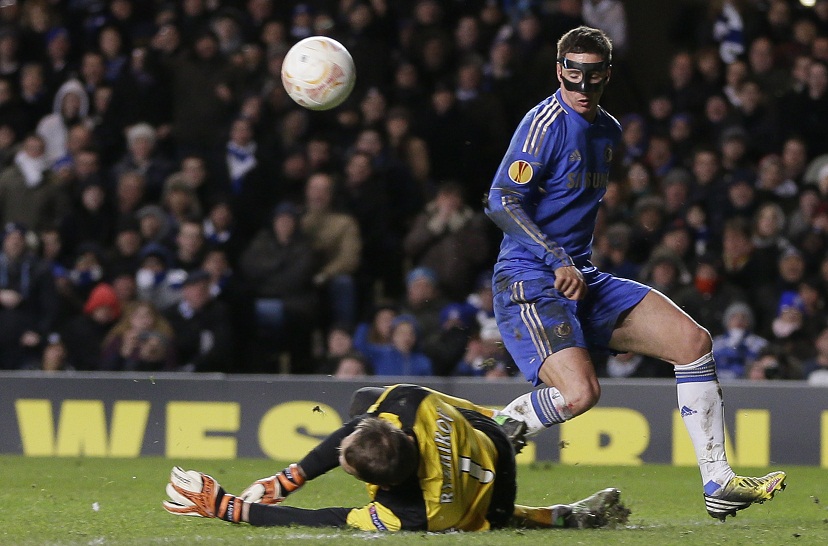 Branislav Ivanovic’s injury time goal made the difference after Fernando Torres’ strike was cancelled out by Oscar Cardozo’s penalty kick.

This has given the London outfit their second consecutive triumph in Europe.

Benfica dominated the opening half, had much of the possession but ultimately wasted it as they could not muster up enough shots to test Petr Cech on goal.

As early as the second minute, a Cardozo attempt flew over the bar, while Nico Gaitan shot wide to miss the target.

The best chance of the half came from Rodrigo after a free-kick from just six yards out, but as usual, he failed to really test Cech and it would come back to haunt the Portuguese squad.

Chelsea had limited chances but Frank Lampard took a shot from the edge of the box but was equaled by an exceptional save by Artur.

In the second half, Benfica looked to press again, with Gaitan’s half-volley floating wide before Cardozo made a header but was ruled out for offside.

Cech made a good save after Salvio attempted a header directed to the back-post – and what resulted a few seconds after was against the run of play.

A long throw from the keeper found Mata in the midfield, and he flicked it to the rushing Torres who was able to hold off Luisao to beat the keeper and give the Blues the lead.

However, the lead only lasted for eight minutes as Cesar Azpilicueta handled the ball inside the box to set-up Cardozo’s penalty attempt. He then stepped up and calmly smashed the ball past Cech.

Both teams pushed for the winner and they had decent chances.

Cardozo’s brilliant volley could have given them the lead if not for Cech’s best save of the match.

Lampard came close as well after his 30-yard effort hit the post.

But, with the game seemingly headed to extra time, Ivanovic secured the trophy for the Blues after receiving a pass from Mata to head the ball into the corner of the net.