Zlatan Ibrahimovic ruled out of Euro 2020 with Knee Injury 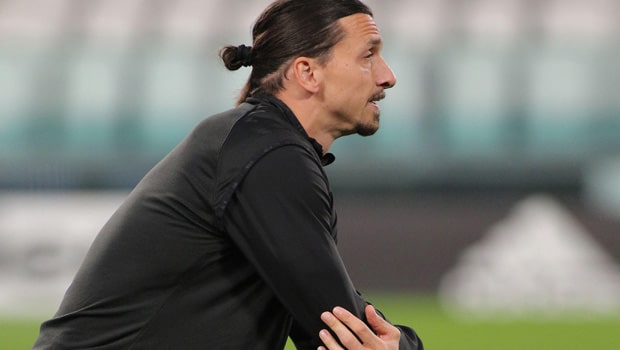 AC Milan striker Zlatan Ibrahimovic has been ruled out of Sweden’s upcoming Euro 2020 campaign due to a knee injury he picked up during the Rossoneri’s recent 3-0 win against Juventus last week.

Milan head coach Stefano Pioli had initially thought that it was only a slight knock but further analysis of the extent of the 39-year-old’s injury revealed that it is far more serious than expected.

“Ibra wasn’t fit before the game, now he feels pain in his knee and we hope it’s nothing too serious,” Pioli had said after the match against Juventus.

But he went on to miss AC Milan’s subsequent clashes against Torino and Cagliari, and it was confirmed on Sunday that he will have to sit out of Sweden’s Euro 2020 campaign to recover from his injury.

“Today, Zlatan has informed [head coach] Janne Andersson that his injury will stop him from participating in the European Championships this summer, said Svensk Football in a statement released on Twitter on Saturday.

“Get well, Zlatan, we hope to see you on the football field again soon!”

Milan have one more match left in the Serie A season and they need to win that in order to ensure that they finish in the top four and qualify for the Champions League 2021/22 season.

Now their final match is against an in-form Atalanta, who are placed second in the table. They won’t make life easy for Milan at all.

As far as things for Sweden go, they will have to work with the likes of Marcus Berg, Alexander Isak, Robin Quaison and Dejan Kulusevski in their forward lines in the absence of Ibrahimovic. They are placed in Group E of the competition along with Poland, Slovakia and Spain.