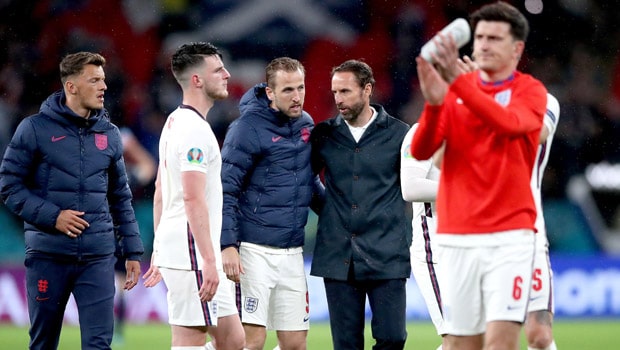 England manager Gareth Southgate has revealed he will start Tottenham striker Harry Kane in the Three Lions final group stage game against the Czech Republic on Tuesday at the Wembley Stadium.

The Spurs skipper who has been linked with a move away from the White Hart Lane Stadium has underperformed in the two opening games of the team failing to score or have a shot on target.

While England defeated Croatia 1-0 in their first game of the tournament via a Raheem Sterling second-half strike but the Three Lions were pegged to a goalless draw against rivals Scotland as Kane went the second consecutive game without a shot on target.

While Criticism of the striker has been very high, manager Gareth Southgate isn’t surprised and believes the striker who finished the 2018 FIFA World Cup with the golden boot will bounce back stronger.

“I know there will be a lot of questions being asked about him at the moment but he has been through that 100 times before and I have answered that in this role several times in the past. He has come up with the goals that have won us the next games and I expect that to be the same moving forward. He is our most important player.” Southgate added

England faces the Czech Republic with an in-form Patrick Schick, who is the tournament joint top scorer currently with 3 goals, on Tuesday in the last group game.

England sits second on the table in group D, just behind toppers Czech Republic on goals difference while the duo of Scotland and Croatia remain winless but with a point each and face each other on Tuesday as well.

The group remains wide open for any of the four-team to move into the next round but England is at least assured of a third-placed finish which is enough to see them through to the knockout stage.