Real Madrid Trio out to impress this summer 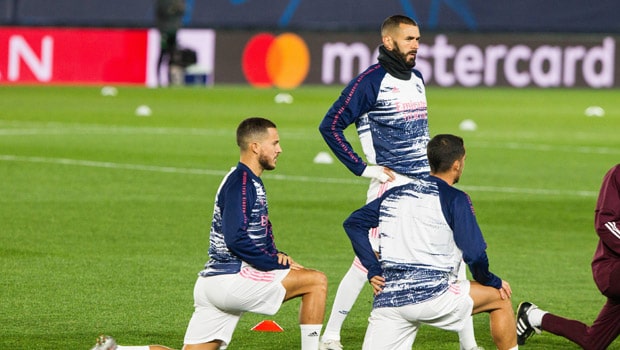 Real Madrid have had a wealth of attacking options to choose from over the last two decades. While Karim Benzema has single handedly carried the goal scoring load on his shoulders in the last couple of seasons, one would have to add Eden Hazard and Gareth to the conversation when talking about Real Madrid’s best trio.

Eden Hazard hasn’t been able to find his feet in Madrid after a mega money move from Stamford Bridge. On the other hand, despite finding immense success during his first few seasons in the Spanish capital, Gareth Bale has been out of favour recently. It is safe to say that both Hazard and Bale still have quite a lot of football left in them which is clearly seen in how they play for their national teams.

Karim Benzema not only made headlines during a fruitful campaign with the Galacticos, but also was in the limelight after he was sensationally picked in the France squad after a 6-year absence in the Les Bleus contingent. France did quite well without the Real Madrid number 9, but his quality is undeniable and he will be at the forefront as his country aims to win a 2nd major tournament on the bounce.

While his place in the Real Madrid side is under no doubt, Eden Hazard and Gareth Bale will have to impress new Real Madrid coach Carlo Ancelotti before he starts looking at younger options, both in the club and across Europe. One might guess that Gareth Bale, who thrived under Ancelotti in the mid 2010s will be a part of the Italian manager’s plans for next season.

Eden Hazard, who has struggled with injury and fitness since his move from Chelsea, will be keen on shining at Euros. While Karim Benzema’s France are favourites and Gareth Bale’s Wales are complete outsiders, one cannot be sure what to expect from Belgium. While the Three Lions have a really talented line-up, their squad depth leaves a lot to desire.

If Hazard can perform well for Belgium and if Gareth Bale can stay away from the golf course to focus on his football, they both could well form a lethal trio with the incomparable Karim Benzema.