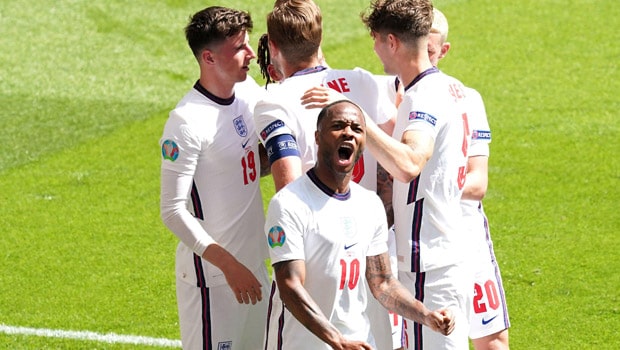 Manchester City forward Raheem Sterling’s 13th goal in his past 17 England national team games gave England a 1-0 win over Croatia in their opening UEFA Euro 2020 match played at the Wembley Stadium on Sunday.

The three Lions lost twice to the Croatians at the 2018 FIFA World Cup in Russia at the group stage and the semi-final before the Luka Modric-led side lost to France in the final.

The Real Madrid midfielder was on the pitch on Sunday but it was all England from the start with Manchester City midfielder Phil Foden struck the woodwork with a fine effort.

The Three Lions had their backline rarely had troubled as the Croatians disappointed largely with a performance that, if repeated, cannot take them to the finals of the competition.

Gareth Southgate’s side took the winning goal in the 56th minute when Raheem Sterling put the ball past Croatia keeper Dominik Livakovic from an inspiring and man-of-the-match Kalvin Phillips.

Head Coach of the English national team Gareth Southgate revealed his pleasure with the team’s display and describe the win as an important one.

However, he called for caution stating that win hasn’t guaranteed progress into the next round of the competition. Nevertheless, he didn’t downplay the importance of winning the tournament’s opening game.

“I’m most pleased with the performance. Of course, the win is important. To win the first game relieves some tension but it doesn’t mean we’ve qualified and that’s the first objective. The performance was really good..”