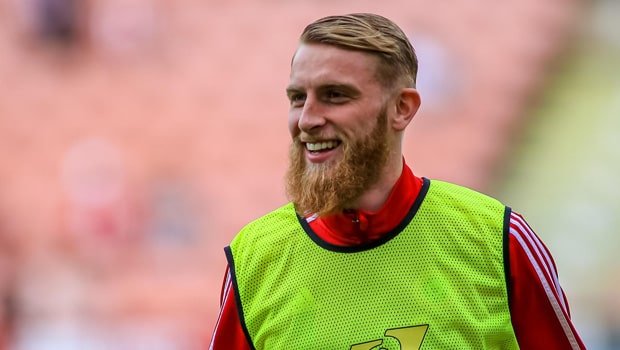 Sheffield United striker Oli McBurnie has been ruled out of Scotland’s Euro 2020 campaign having failed to recover from a foot injury he picked up during Sheffield’s Premier League clash against Arsenal on April 11.

The 24-year-old has now confirmed that his injury will take a longer time to heal and therefore, he won’t be able to take part in the Championships for Scotland anymore.

“Not to be able to go to that tournament with the boys is heartbreaking for me. Thank you for all your messages and support.”

McBurnie is yet to score in 16 appearances for Scotland but he did net a goal in their penalty shoot-out against Serbia in the playoff final. His goal helped Scotland to win the match and qualify for this competition.

He has also faced a lot of trouble off the field in recent weeks.

An investigation has been launched by Sheffield United after a video circulating on social media showing McBurnie involved in a street brawl. According to reports, a 24-year-old man was arrested and released on bail pending further investigations.

McBurnie has scored seven goals in 59 games for Sheffield United till date. He has represented Swansea City prior to this as well. In 58 games for them, he has netted a total of 22 goals. The Euro 2020 Championships would have given him an opportunity to score his first ever goal for his country but the injury now has taken that opportunity away from him.