Euro 2020: Germany qualify for round of 16 despite a 2-2 draw with Hungary in last Group game 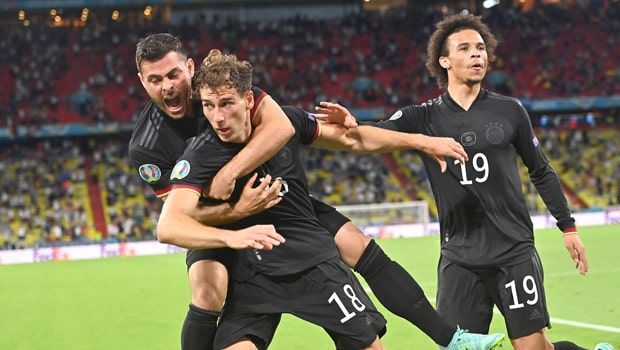 Germany had the easiest route to the round of 16 among the Group F teams. They had already won a match and faced Hungary at Munich while the other two big sides, France and Portugal had to fight it out for their round of 16 berth.

Die Mannschaft made one forced change to their line-up as Thomas Muller was deemed unfit to start the match which saw Leroy Sane take his place. Hungary had ran Portugal close for 86 minutes and took a point from their game against France. They were arguably one of the stories of the tournaments so far but no one gave them a chance after Germany’s strong showing against Portugal.

The first major chance fell to Hungary captain Adam Szalai in the 11th minute. The veteran scored the header from Roland Sallai’s cross to shock the Munich crowd. While the fans at Munich had little to cheer about, the fans in attendance at Budapest watching France vs Germany erupted when the news broke out of Hungary leading against Germany.

Germany expectedly had more of the possession after Hungary’s early lead. Mats Hummels came close but his header hit the bar. The rest of the first half went as Hungary would have hoped and it stayed 1-0 at the break.

Roland Sallai, who had created the first goal for his captain hit the woodwork with a vicious free kick around the hour mark. This goal would have made the match very interesting had it gone in. Kai Havertz made Sallai and Hungary pay as he drew level just a few minutes after the free kick.

Hungary were not going to go without an effort and they scored a goal right from kick off as the fans in Budapest celebrated another Hungarian goal. The match was slipping out of Germany’s hands after every passing minute and a group stage exit seemed imminent for the 2014 World Cup champions.

Leon Goretzka and Timo Werner, two second half substitutes, combined to make it 2-2 with just 5 minutes to go. Despite their best efforts, Hungary were knocked out of the tournament while Germany booked a round of 16 clash against England.