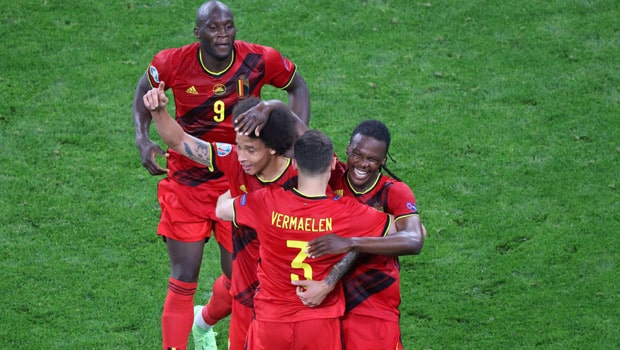 Romelu Lukaku scored his third goal in three matches as Belgium secured a 100% record in the group stage of the competition.

After defeating Russia 3-0 in their opening game where Lukaku opened the scoring, he was also on the scoresheet in their second game where they beat Denmark 2-1 in a comeback victory where Lukaku scored the winner.

Finland proved a hard nut to crack as they stood toe to toe with Belgium for over an hour and when Lukaku thought he had opened the scoring in the 65th minute, it was ruled out for offside by the VAR.

However, Lukas Hradecky in goal for Finland scored an own goal as he, unfortunately, pushed home a rebound from a Thomas Vermaelen header that hit the goalpost in 74th.

Lukaku then rounded up the scoring in the 81st minute as the Red Devils scored seven and conceded once in the group stage and finished top of their group.

Similarly, the Netherlands also completed a 100% record in the group stage after defeating North Macedonia 3-0 on Monday evening.

Memphis Depay scored in the 24th minute to give the Oranjes the lead before Gini Wijnaldum scored a second-half brace.

The win gave Netherlands nine points after a pulsating 3-2 victory over Ukraine in the first game and a 2-0 victory over Austria in their second game.

Meanwhile, Austria and Denmark both joined Netherlands and Belgium respectively in the next round as the runners-up in groups B and C.

The Austrians pipped Ukraine 1-0 while Denmark got an emotional 4-1 win over Russia to move into second place and qualify automatically while the duo of Ukraine and Finland will have to wait and see if they will progress depending on other results from other groups.

Italy will now play Austria in the next round while Wales will play Denmark.