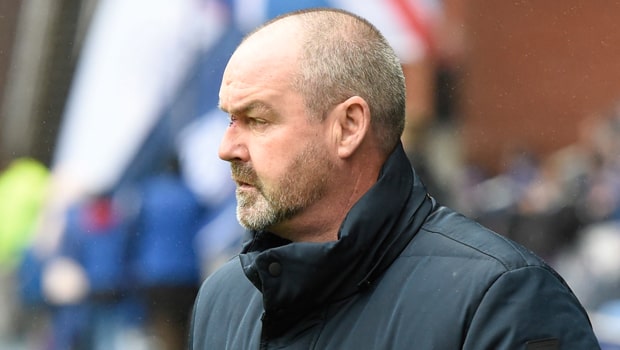 New Scotland boss Steve Clarke is encouraged by the start the side have made under him but he admits they must “be better with the ball” after defeat to Belgium.

The 55-year-old’s reign got off to a winning start against Cyprus at Hampden at the weekend although they could not back it up with a result in Brussels on Tuesday night.

Scotland – without injured captain Andy Robertson – went down 3-0 after Romelu Lukaku scored either side of the break before Kevin De Bruyne added a stoppage-time third for the Red Devils’ fourth win from four games in Group I.

Clarke said: “I think we have shown with the work we have done in this camp that there have been improvements, but there has to be more. We have to be better with the ball when we have it.

“We have things to work on but the overall feeling I have is that we have grown a little bit as a squad of players already and in the next camp we should grow again.

“It’s two vital home qualifiers [Russia and Belgium] against the two favourites to come out of the group. We have to be ready for that.”

Clarke’s side must now prepare for those key Hampden clashes with Russia and Belgium in September as they bid to revive their hopes of automatic Euro 2020 qualification.

However, they do have the safety net of a Nations League play-off semi-final if they fail to finish in the top two.

Belgium, the top side in the current FIFA world rankings, are 7.50 to win Euro 2020 behind world champions France (4.33) and 5.50 shots England, while Spain are the same price as the Belgians.